The views expressed in this op-ed are solely those of the author and do not necessarily represent those of SyriacPress.

By Benoit Lannoo Church historian and specialist on Eastern Christians

One hundred years ago, on August 10, 1920, in the Paris suburb of Sèvres a treaty was signed between the victorious Allies of the First World War and four high representatives of Mehmet VI, the last Ottoman sultan. This Treaty of Sèvres, never ratified nor implemented, provided in the creation of an “autonomous territory for the Kurds” encompassing the south-east of Anatolia and the integration of the vilayets of Van, Bitlis, Trebizond and Erzurum into the independent – and Christian – Republic of Armenia.

While this document was signed by the Ottoman Grand Vizier Damat Ferid Pașa on behalf of the Istanbul government, the Ankara government led by Mustapha Kemal categorically rejected the signing of the Treaty. This is understandable in the sense that it was a pure humiliation for the defeated Turks: it made their Empire shrink from the pre-war 1.780.000 square kilometres to just 420.000 square kilometres. But did Mustapha Kemal, by burying this treaty, also bury the respect for minorities as it had existed in the former Ottoman Empire?

The Verse of the Sword

For some time now, Turkish President Recep Tayyip Erdoğan has been circulating on social media declaring his solidarity with Azerbaijan after the recent skirmish with Armenia around the Nagorno-Karabakh enclave. Information is diffuse but this skirmish could indeed be caused by the Armenians. This does not take away that Erdoğan’s words are being deeply disturbing when one thinks of the Turkish genocides against all the Christian minorities that accompanied the rejection of the Treaty of Sèvres.

In his message, Erdoğan addresses Armenians living in eastern Turkey saying that “we will continue the mission in the Caucasus to which our grandparents dedicated themselves”. Indeed, these Christians are more and more threatened: there was the killing of an elderly Chaldean couple in Meer, Şirnak Province, the vexatious trial against the Syriac Orthodox monk Aho Sefer Bileçen of the Mar Yacoub monastery on the Tur ‘Abdin (Mountain of the Servants). And late last year posters appeared at bus stops in Diyarbakır, southeast Turkey, with the Koranic “verse of the Sword” written on them, a popular verse in terrorist circles.

The situation of minorities across the Turkish border with Syria and Iraq also is a dire one. Since October 2019, the establishment of a Turkish “security zone” has compromised the lives of Christians who, after the genocidal raids and roundups of a hundred years ago, had settled in Qamishli, Hasakah or elsewhere in the Upper Jazira. In April 2019, Turkish attacks on the Kurds also claimed victims among Christians and Yazidis in the far north of Iraq around Zakho and in Sinjar.

Further south, in the Nineveh Plain, the return of refugees to their ancestral lands is not evident either. During a conference held at the end of July in the capital of Iraqi Kurdistan, Erbil, the Minister of Immigration and Displacement of Iraq, the Chaldean Evan Faeq Yacoub Jabro, once again explained to what extent she had to fight against those who want to take advantage of the forced mass flight of Christians and Yazidis after the jihadist occupation, and permanently want to change the multi-ethnic demography of the Nineveh Plain.

Leaders of Christian Churches and Yazidi, Mandaean or other indigenous minority communities upstream of the Euphrates and Tigers rivers, agree that the Sèvres solution – separate territories for minorities – no longer makes sense. Rather, it is a real protection in secular nation-states that they need. It is therefore deplorable that the heirs of the first secular regime in the Middle East, the Turkey of Kemal Mustapha Atatürk, today live to the rhythm of extreme Islamist nationalism.

But even more deplorable is the following observation: the West does not seem to notice the extended genocide of the Christians of the East in Iraq, Syria and Turkey, which is, little by little, spread in time by a government (remember: even an allied government because of its NATO-membership!), which does not even want to admit it has devoured a very large part of these Christian communities already a century ago.

Benoit Lannoo is a church historian,  specialist on Eastern Christians and communications specialist. He worked at the offices of Belgian politicians Réginald Moreels, Joëlle Milquet and Sabine de Bethune.

Originally published by La Libre.be in French on 10 August 2020. Here 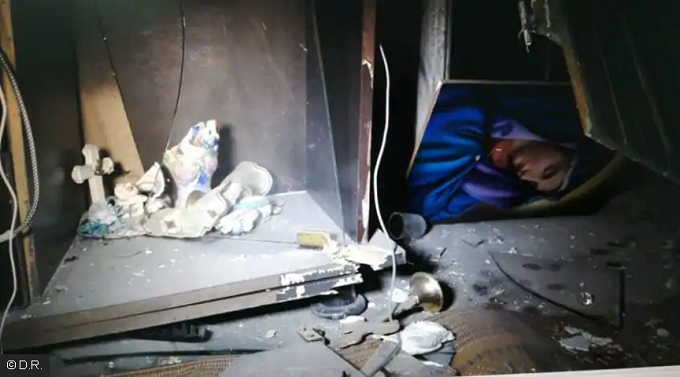 Christians in the Middle East: a Guide

© Copyright 2019 - Syriacpress
We use cookies to ensure that we give you the best experience on our website. If you continue to use this site we will assume that you are happy with it.Ok