BERLIN- Co-Chair of the Syriac Union Party (SUP) in Syria Nazira Goreya continues her meetings in different countries of Europe.

After Goreya has had meetings in Austria, she retured to Germany aiming at another meeting with German politicians.

In an online meeting, Goreya and Foreign Relations Official of the European Syriac Union (ESU) Ibrahim Ay talked to representative of  the Christian Democratic Union Party (CDU) of the Baden-Württemberg. 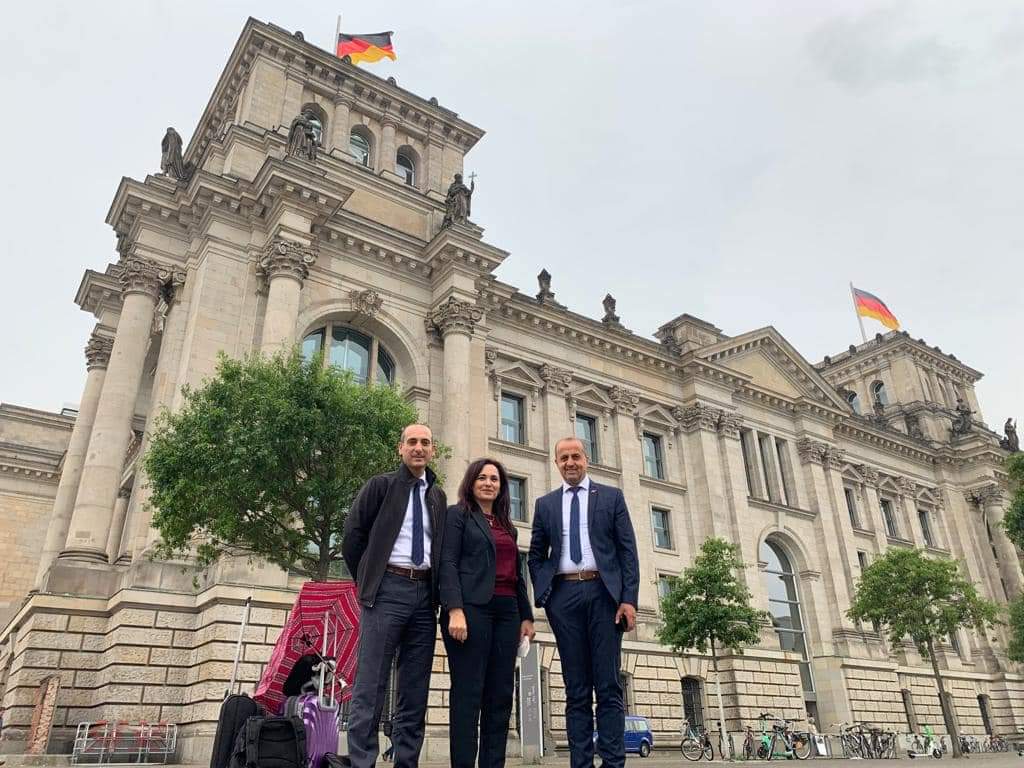 Goreya spoke about the work they are doing, especially in the Democratic Autonomous Administration (DAA) of North and East Syria. She also talked about the situation of the Syriac (Aramean–Chaldean–Assyrian) people.

She called on the CDU party and other German politicians to support the Syriac people so that they can live in peace in their homeland.

Goreya declared that the meetings was positive and the two sides agreed to continue joint political relations.

Syrian regime parliamentarian: Turkey must withdraw from Syrian territory and admit that it funded terrorism

Christian Front of Lebanon reaffirms pursuit of federalism and neutrality

Syrian regime parliamentarian: Turkey must withdraw from Syrian territory and admit that it funded terrorism

Christian Front of Lebanon reaffirms pursuit of federalism and neutrality

Member of Presidential Council of SDC US Mission Bassam Ishak: American officials informed us they did not green light Turkish attacks

WASHINGTON, D.C. — Amid the Turkish attacks on North and East Syria and northern …